Even in the midst of heat and dust, joy or sorrow, good or bad times, a friend always helps one to grow and clear one’s mind. Your friend is your other ego, your ‘self’ mirrored. A friend brings solutions not problems; he/she is your own ease of living. The world literature is full of glorious examples of friendship, but what we see here is the simplicity of its expression. Your friend helps you to reach a tabula rasa of the mind. 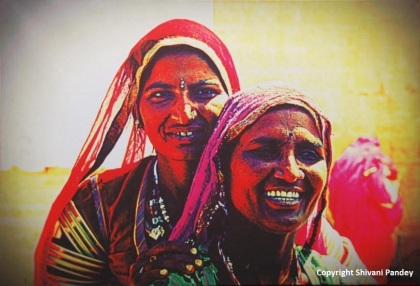 From the series titled “Tabula Rasa…for a new beginning”!