It takes only a little bit of nourishment for a single seed to grow to become a delicate plant, a beautiful flower or a huge tree! Most other things in Nature grow similarly to their optimum self from a zero….humans too are born with a clean slate without any inhibitions, reservations, judgements or sanskars and every seed has the potential to reach its highest form. Butterflies shall come like fairies to celebrate this reaching of the heights. 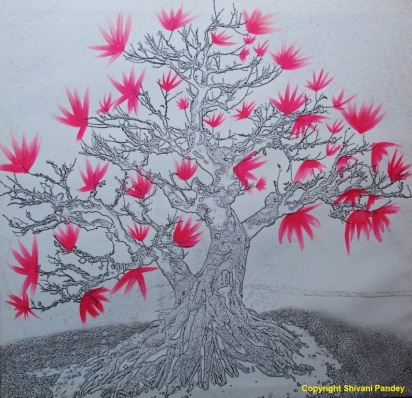