BuBuddha’s Nirvana or Moksha as we call in Hindi…what is it? Beyond the realms of ‘desire’ and ‘suffering’ what reality exists? Beyond the wheel of dharma, which spirituality is revealed? Beyond the physical ‘attachment’, what ‘detachment’ leads to enlightenment, which is the truth? It is but the tabula rasa of the mind…only the quiet mind brings nirvana closer. 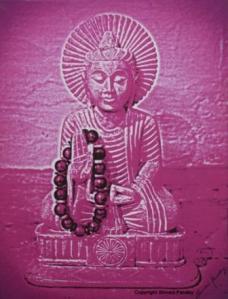 #happynewyear 2020! Wishing the best of everything for everyone....Was in a #tribal #village of #rajasthan last week... Honestly the best part about my work is that I get to meet the most #beautiful innocent people when I #travel to the interior, hard to reach pockets of our #country .... It teaches you and enlightens you a lot and you realize that #life can still be very peaceful and #beautiful despite a lot of so called lack of material things... appreciation of simple things makes it easier for #rural people to #smile despite all odds and lack of conveniences! #travelphotography #rurallife #india_undiscovered #ruralexploration #ruralphotography #india #rural_love #villagelife #ruralliving #indian